In recent years there have been new developments to marine diesel engines that has made them a popular choice again. Whether you are building a boat from scratch, refurbishing a boat or you just need a new engine, they are worth having a look in to. Newer diesel engines tend to be a bit on the expensive side, but used marine diesel engines are often very fairly priced. There are many reasons people buy them used. If you are looking to buy a used diesel engine then there are a few things you might want to consider before you buy.

One of the main things to take into consideration if you are going to buy a used diesel engine is the maintenance. EPA tier-3 emission requirements mean that many diesel engines now contain electronically controlled “common rail” engines. Those who are used to diesel engines are probably used to some troubleshooting and home DIY on their engines. But these changes have made that slightly more difficult. Another factor to think about is the fact that older engines had mechanical fuel injection systems and it was a lot easier to bleed air-bound fuel injection systems. It isn’t really advisable to try these tasks on a newer high-pressure diesel engine. But obviously, if you are buying used marine diesel engines then you are likely to get a model that is very simple to maintain. This is also the time when you need to be refreshingly honest about your skills. If you are just a hobbyist and are not used to engine maintenance, then buy an engine that is as simple as possible. There is no point in being over-confident and then getting stuck down the line with an engine you simply cannot get to work. Similarly, if you have a lot of experience then you can probably pick yourself up a bargain by getting an engine that is a little harder to maintain.

How much engine power is needed?

One of the first and foremost decisions you need to make when buying a diesel marine engine is how much power you actually need. A delicate balance needs to be struck here. Too little power will leave you with a completely ineffective vessel, and too much could leave you in a risky position. The boatbuilder will often provide support with this. If there are no metrics provided by them then reach out to find out what they suggest, as they will always no best. Running sea trials with within a power range is usually the best for those with new boats and engines, but this isn’t always viable if you are buying second-hand. However if you are buying used diesel engines then the chances are you have previously had one and know exactly what you need. Although horsepower is the main metric, you also need to consider the weight of the engine. The power-to-weight ratio is another important consideration. If you are buying a used marine engine then it is worth getting as much information as possible from a previous owner. Even if you are going through a broker they should be able to provide you with useful information about the previous boat the engine was used on.

What are the options for buying used engines?

There are actually a couple of different options when it comes to buying second-hand marine engines. Depending on your requirements, you might buy a RTO or a rebuild engine if you are buying something previously used.

Benefits of an RTO engine

An RTO (or “running take out” engine) is an engine that is taken out of a boat, sold, and put into the new boat. Assessing an RTO’s condition is important because they can last a long time if they are taken care of, and you can get great value for money. Some of the benefits of an RTO include:

There are a couple of things you can look for if you are buying an RTO engine. One of the more obvious ones is not to depend on the salesman. It is in their interest to get you to buy the engine so it is worth doing your own evaluation, or taking someone “in the know” to help. Any abnormal noises or vibrations will hint at underlying problems, so listen out for them. Check the speed control as well, before making any big decisions.

Benefits of a rebuild engine

How to explain Enterprise Architecture

The excellent work from encode.eu can keep your business moving

You may have missed

Accounting for financial instruments: How IFRS 9 is set to replace IAS 39 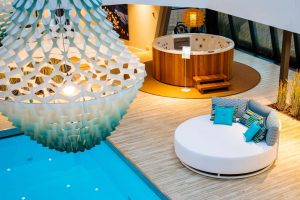 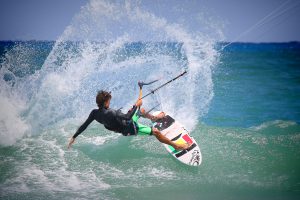 Introduction to the Reservation System

About the Brinell hardness tester

February 25, 2021 Editorial Staff
We use cookies on our website to give you the most relevant experience by remembering your preferences and repeat visits. By clicking “Accept All”, you consent to the use of ALL the cookies. However, you may visit "Cookie Settings" to provide a controlled consent.
Cookie SettingsAccept All
Manage consent

This website uses cookies to improve your experience while you navigate through the website. Out of these, the cookies that are categorized as necessary are stored on your browser as they are essential for the working of basic functionalities of the website. We also use third-party cookies that help us analyze and understand how you use this website. These cookies will be stored in your browser only with your consent. You also have the option to opt-out of these cookies. But opting out of some of these cookies may affect your browsing experience.
Necessary Always Enabled
Necessary cookies are absolutely essential for the website to function properly. These cookies ensure basic functionalities and security features of the website, anonymously.
Functional
Functional cookies help to perform certain functionalities like sharing the content of the website on social media platforms, collect feedbacks, and other third-party features.
Performance
Performance cookies are used to understand and analyze the key performance indexes of the website which helps in delivering a better user experience for the visitors.
Analytics
Analytical cookies are used to understand how visitors interact with the website. These cookies help provide information on metrics the number of visitors, bounce rate, traffic source, etc.
Advertisement
Advertisement cookies are used to provide visitors with relevant ads and marketing campaigns. These cookies track visitors across websites and collect information to provide customized ads.
Others
Other uncategorized cookies are those that are being analyzed and have not been classified into a category as yet.
SAVE & ACCEPT